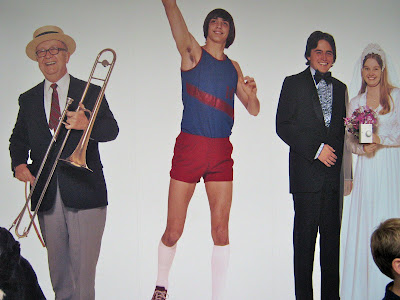 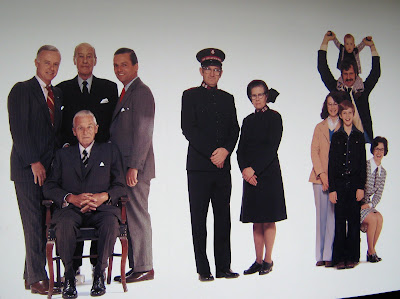 This city block consists of City Hall on the south side, a union building on the west, Social Security and the Southeast Steuben County Library on the north side and the offices and concession stand for the skating rink on the east. 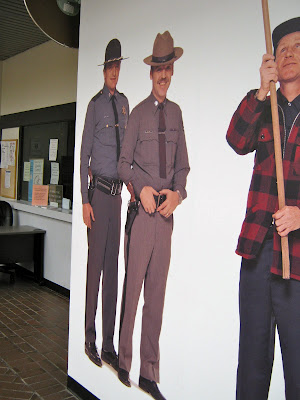 The north side walls of City Hall, the side facing the center of the plaza, are almost entirely glass, fitting in this city with its rich glass history. 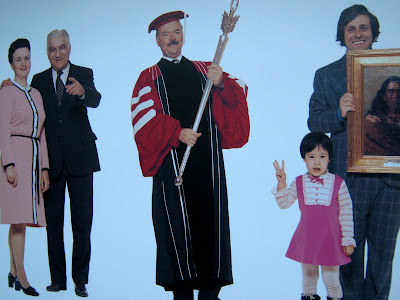 On the inside walls, downstairs and up, are larger than life photos of actual Corning NY residents. 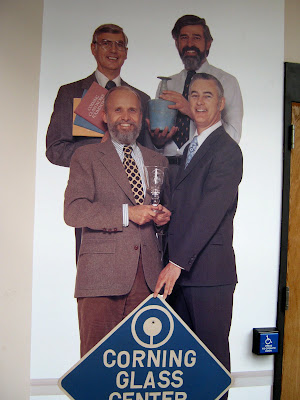 Walk past these photos and you'll soon realize that the eyes seem to follow you. A bit spooky, but utterly fascinating. 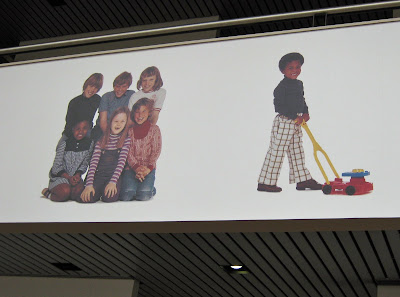 The pictures of the children were more difficult to photograph. 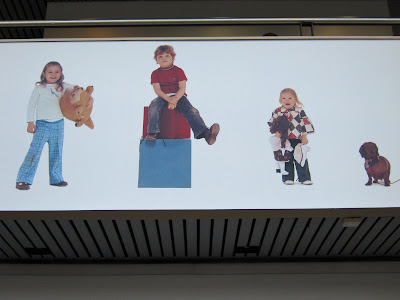 Stand outside or down below on the first floor and look up to see them on the outside of the second floor walkway. 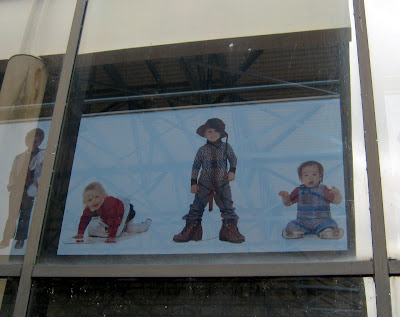 These pictures are best seen from the outside, but with my little digital camera there was too much glare and reflection to get a good shot through the window glass. 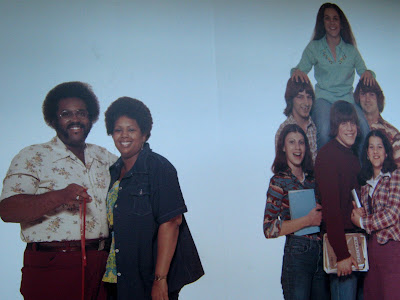 To get an idea of what it's like to have the people in the pictures follow you with their eyes, click on a picture to enlarge it, then move your head from one side of the screen to the other. Watch their eyes! 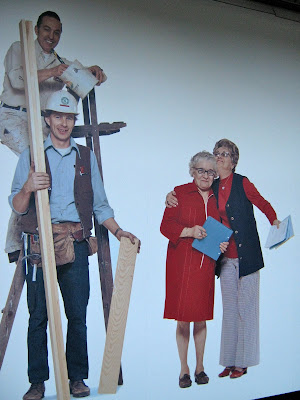 Posted by Kathleen Richardson at 5:36 PM