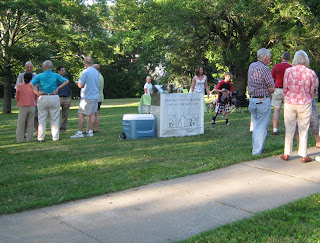 An evening walk brought me to an Ice Cream Social at Canfield Park between First and Second Streets, behind the courthouse (known to most locals as home of the Department of Motor Vehicles). 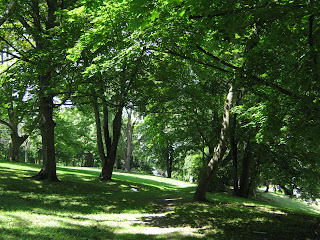 There I joined a gathering of (mostly southside) residents, except me. I’m a northside resident, but became an official member of the group. 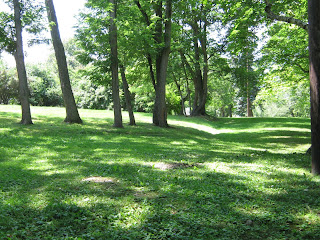 CLICK ON ANY PICTURE TO SEE AN ENLARGED VERSION

“Corning’s Southside Neighborhood Association (SNA) is open to residents of the Southside neighbohood or anyone who is interested in architectural and preservation activities in and around the city of Corning, NY.”


If only this faded beauty could talk and tell us about all it has seen. 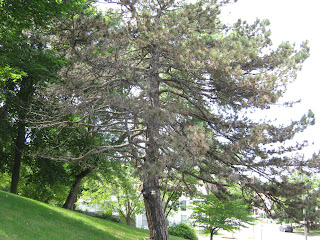 This little guy seems undaunted by an age-old tree. He probably came for the free ice cream and did look adorable with his green shoes and green peppermint-chip ice cream cone. 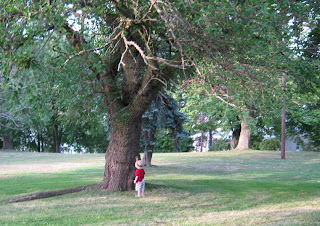 If I were a child, I’d want to crawl in the hole in the tree and curl up with a book or a dream. Imagine a white rabbit hurrying down into the hole on the right. 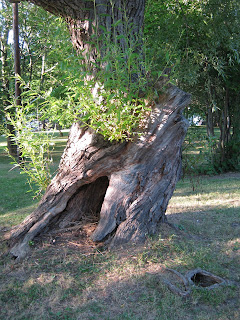 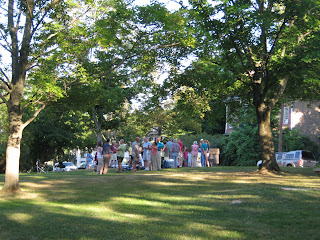 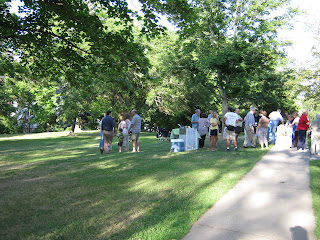 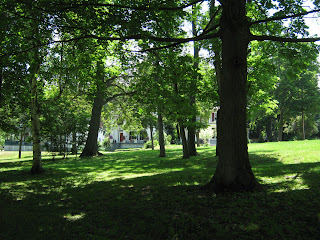 The story is that these structures once held cannons from World War I. They were taken away and melted down during World War II. There is a second set of structures, smaller, just west of the ones pictured. 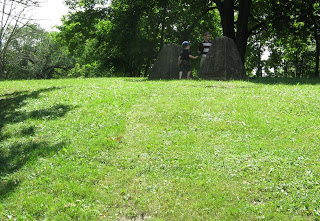 A huge shaded park, one bench, time to sit and think--or not. 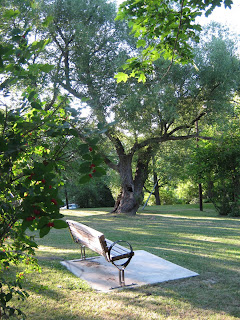 Walking home toward the sunset. The flag still flying. Look close on the right midway down the photo and you’ll see a hot air balloon. So many unrelated items in one photo and they all seemed to bring it together. 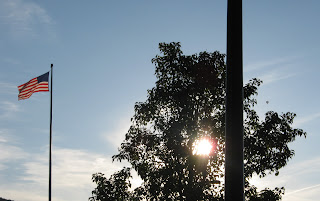 CORNING NY STEP BY STEP now has its own Facebook page!

Posted by Kathleen Richardson at 9:09 AM