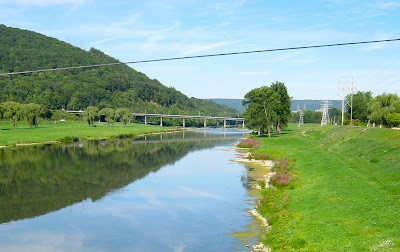 I’m not a marathon sort of gal, so when I go on my morning exercise walk, it takes longer for me than it might for others. That’s because I tend to stop and look or talk. Thinking also slows me down, as does taking photos.

This morning is a good example of my kind of walk. First off, I slept in much later than usual and was an hour an a half behind schedule. That meant stores were open, and many people out and about. What a temptation, but also what an opportunity. 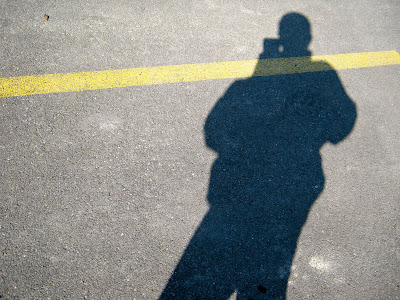 I managed to navigate the first mile, straight to the Southeast Steuben County Library to return a borrowed book, without delay. I even resisted the temptation of chitchatting or reading the daily newspaper.

As I headed back up Market Street, in Corning’s Gaffer District, I came to Pip’s Boutique where I spotted the owner, Donna Grzesik, just inside the door. She came out and we chatted briefly, about posting photos on her store’s Facebook page. Her dilemna of the moment is why, when she holds her camera the same way every time, some of her photos come out right side up and others are sideways.

Just a few more storefronts and I found Joe Marino and two buddies sitting at the tables in front of Market Coffee and Tea. The guys had just been at Hidy Ochiai Karate. They’ve been doing karate together for thirty-five years. 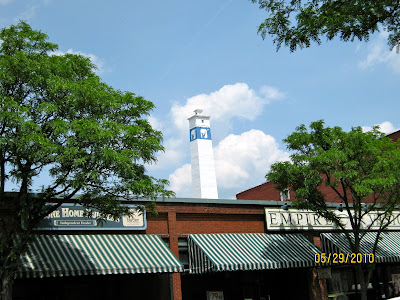 Traveling further west, and still on Market Street -- which is actually only six blocks long -- I stopped in Imagine That to check on the latest adventures of Rody, then went next door to Beyond Baskets to visit with owners Cynthia and Gary Dickerman, who create perfectly-suited-to-the-recipient gift baskets.

My last stop before heading home today was at Wegmans -- supermarket extraordinaire, or as some say, “not a supermarket, but rather a social event “.

Wegmans has a brand new blood pressure machine which, for free, not only charts your BP and heart rate for months at a time, but also weighs you and gives your BMI (aka body mass index).

Today’s featured event at Wegmans involved going around to a dozen or more tasting stations and answering one question about each. Your completed questionnaire is entered in a drawing for a $25 gift certificate for school supplies. Tastings included pasta&chicken, whole wheat muffins, coconut encrusted talapia, waffles w/peanut butter and apple slices, and much more. All so yummy and so free. I bought the lemon and garlic marinated chicken breast. Although there was no tasting in that case, I spoke with an employee in the meat market and was so impressed by his knowledge and customer service that I decided I had to have it. 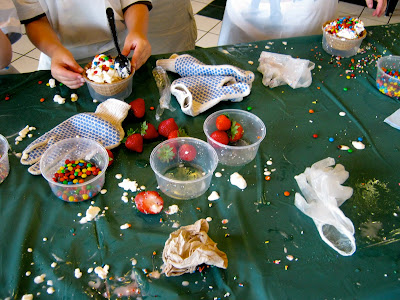 Also found out that Wegmans is going to have another Kids in the Kitchen class. September 18--a Saturday morning 11-12. $5 per child (recommended minimum age is 4). This time they’ll be preparing a Backpack Lunch Wrap. My grandsons (almost 4 and 7 years old) love these classes. Last month they made homemade ice cream in a plastic bag.

Blog entries aren’t supposed to be lengthy, so I may have gone on too long. It’s hard for me to stop, though, because I really love Corning and all it has to offer. You’ll notice that I only briefly mentioned some of the other businesses. I will be writing in detail about them, although future entries will focus on one, maybe two, spots in Corning. Look for it, as well as posts about the river running through Corning, the Corning Museum of Glass (and other museums), transportation and parking, and who knows what else!

Posted by Kathleen Richardson at 4:36 PM