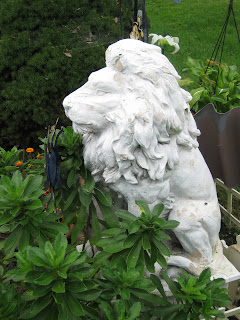 My walks used to last thirty to forty-five minutes. Walk quickly, stop briefly for quick clicks, then move on. Nowadays, it seems to be taking a lot longer. No, not just “seems”; it is taking longer, much longer.

Today’s walk started at 9:15 A.M and ended at 1:15 P.M. No, I did not walk the entire time: stood around a lot taking photos, sat on busses and sat/stood in stores.

To begin, I walked across the river (via a bridge, of course) for a stop at Wegmans. Not my usual order of things, but I wanted to catch a bus. Ten minute bus ride--they never go in a straight line to my destination--and I disembarked on Park Avenue next to one of the cemeteries featured in the previous blog.

My actual destination was Severn Elementary School, the only access being behind the cemetery ‘cause that’s where the school is.

Just to give you, my readers/viewers an idea of what the walks are like, here’s today’s route. You can surely find a map online and follow along if you’d like.

Off Park Avenue, take Lower Delevan Avenue just a block along the cemetery.


CLICK ON ANY PICTURE TO SEE AN ENLARGED VERSION. 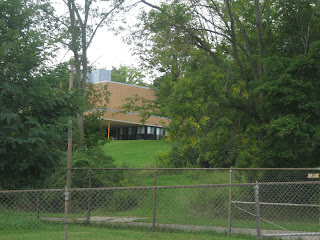 Turned left on McMahon Avenue which I had never heard of and I’m now in unfamiliar territory. Well, years back I did drive one time to the school for a brief visit. Shortly after turning onto McMahon, you’ll see Severn up the hill on the right. The cemetery is on the left. 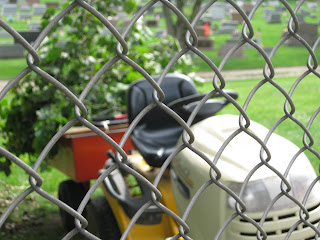 I continued straight and found Severn’s access drive coming back down to the road. And, shortly after that, it was a choice of continuing straight on a path into a woody area or turning left and heading back out to Park Avenue... 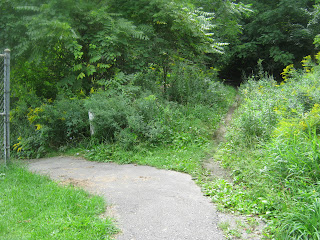 I chose the narrow path through the woods, thinking bears, snakes, bad guys, whatever. Luckily, it was a very short path with great opportunities on the left for pictures of back yards and on the right of woody stuff... 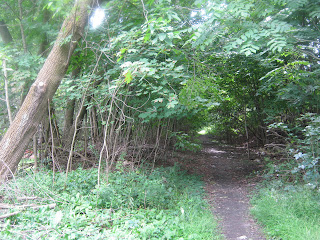 The length of the walk from Delevan to the cross street as I exited the woods was probably less than one-quarter of a mile (not that I’m that good a judge of distance, but it seemed no more than 2-3 blocks). 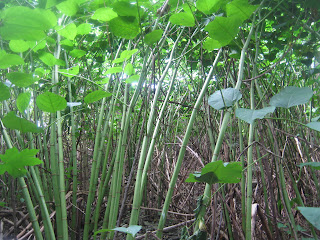 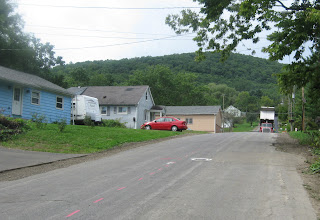 I was tempted to go right, up the hill but had that decision taken out of my hands by paving machines that had taken over the higher levels of the road. So, I turned left and headed back down to Park Avenue. 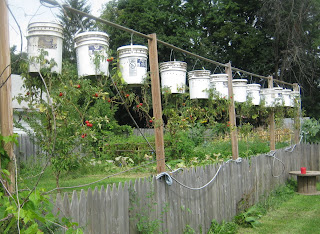 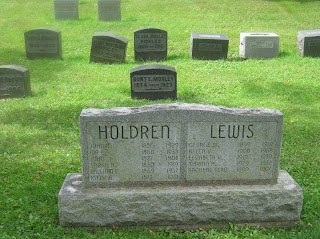 One block back on Park and I turned left on Evergreen Drive which edged the cemetery. At the back of the cemetery I turned right and entered the cemetery itself and took photos until I exited at the opposite end, back on Delevan Avenue, then the hop, skip and a jump to McMahon, this time turning right. Less than a block later, McMahon turns into Cohocton. 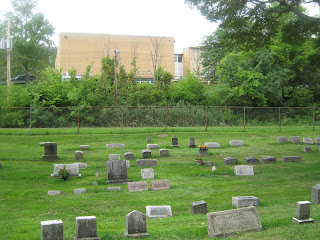 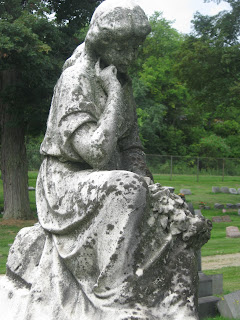 I continued several blocks to First Street and eventually turned left on Columbia. Skipping a couple of steps in this description, I’ll only tell you that I ended up back on the east end of Market Street. Hungry and still a long ways from home, I stopped at Subway for a salad. Not my norm, but I’m testing life without wheat for the week. This Subway store will be moving, a block or so, to the other side of the street. 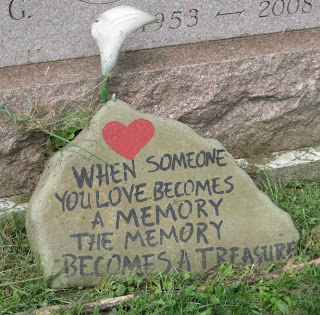 In spite of the fact that I’d already ridden a bus once today, I rode one home. That bus, too, has the inability to go in a straight line. After twenty minutes zigging and zagging, here and there, I was deposited practically on my doorstep.

Seventy-nine photos later, I was home. 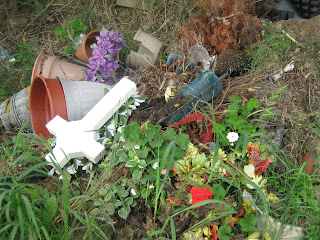 All these words aren’t typical for this blog, I know. I promise not to make it a habit. Just for today, I couldn’t resist.

If you live in Corning, try out today’s route. If not, come visit and walk with me.

Posted by Kathleen Richardson at 4:51 PM