A big part of Corning's charm is its people. First impressions do count, but remember to take a second look.


Having said that, I stepped out of Corning for the first few photos--just a few miles away at the Steuben County Fair in Bath. This fair is considered the oldest continuous fair in the U.S.A. As I walked down the midway, this woman tried her non-stop spiel on us. I stopped and asked, "May I take your picture?" She replied, "Sure," and jumped up. "No, no," I said, "Stay the way you were. I love your hair and the way you were sitting." 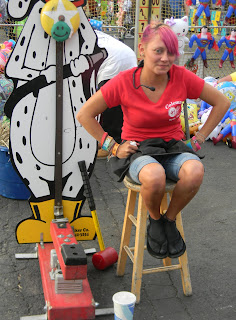 We were watching the pig race (my daughter and the grands were; I was watching the people) when I spotted Donna from Donna's Restaurant in Corning. She's in the middle of this photo, just behind a little blond-haired girl. 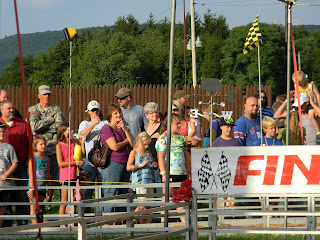 One more from the fairgrounds... 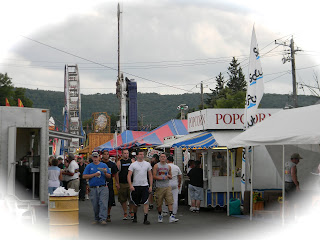 The sun was blazing. The umbrella was up for shade. 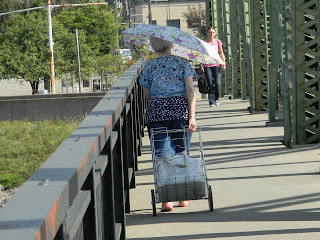 A random runner on the dike along the Chemung River. 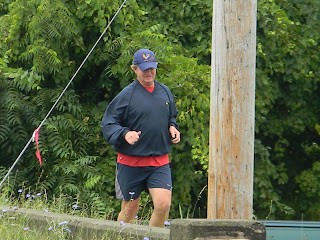 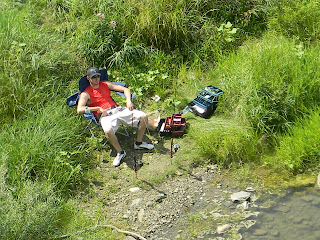 Every year this woman sells hot dogs from her cart. She's at the east end of Market Street. She told me she wanders around Corning on foot, too, taking photographs and posting them on her Facebook page. 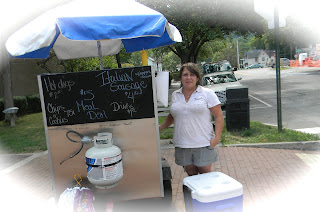 Doc Possum and his merry band of performers entertained hundreds of kids at the Corning Civic Center as part of the Southeast Steuben County Library's summer program. 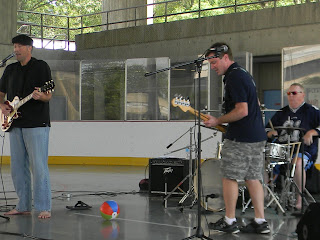 Though not a close-up, this photo represents an important part of Corning. The young people and their sports programs. This is the field at Corning's East High School. 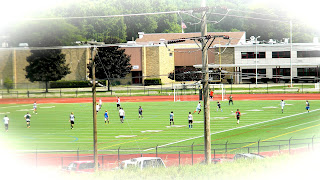 I always love to talk with visitors to Corning. These two, one from New England and the other from Michigan, were looking up at Tom Gardner's artwork --a huge face coming out of the bricks. 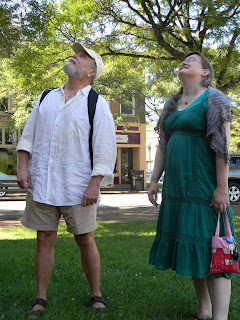 Posted by Kathleen Richardson at 6:38 PM