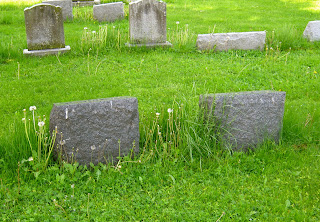 The morning started off with a quick downpour and then settled in to “hot and humid”. I walked to Wegmans and boarded the bus when it came back round to start the Southside route.

I left the bus all the way across town so I could get a look at the new Park Avenue location for Corning’s Salvation Army Thrift Shop (aka Salvo). While waiting for the bus’ return, I also perused the goods in the Dollar General store, then sauntered over to the nearby Peaches’n’Cream for a child-sized dish of chocolate peanut butter ice cream. Mmmm, yum!

Walking in the heat didn’t appeal to me, especially when carrying an umbrella (just in case!), a small bag of purchases from Dollar General, my pocketbook and the dish of ice cream.

Oh no, the seats outside the ice cream store were soaked due to the rain. Across the street, however, bordering the cemetery, was a stone (concrete?) wall. I crossed and settled down on a shady portion of the wall. 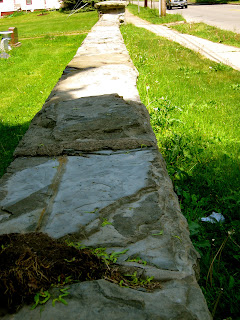 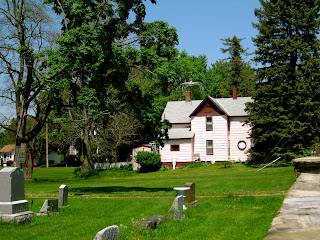 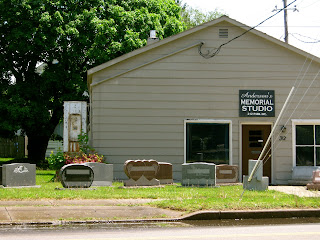 At this point in time, I realized that my camera batteries had run down. So, I switched to the iPad and its built-in camera. 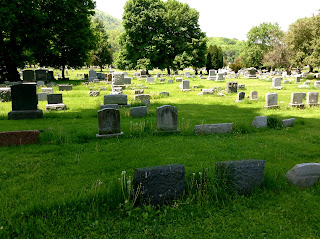 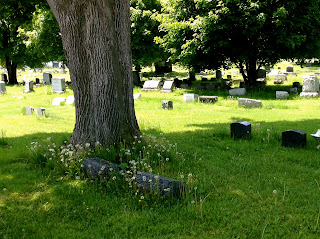 On the bus headed back to Corning’s Northside, I couldn’t resist taking more photos. Not through the dirty windows beside me, but through the fairly clean panes on the doors. 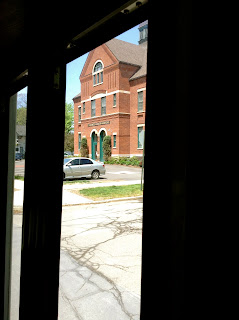 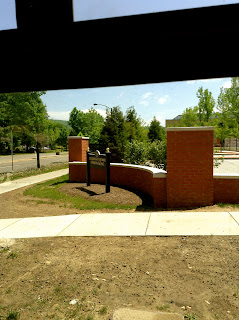 A couple of houses on First Street. 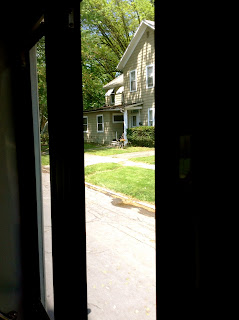 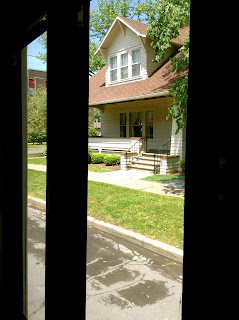 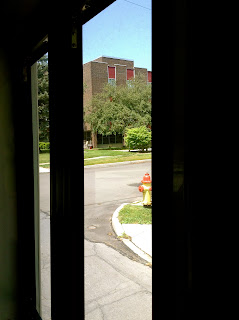 The building behind the cars is Guthrie Corning Hospital Cancer Center. 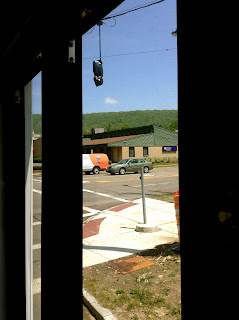 Back at the bus stop where the driver takes a five-minute break. 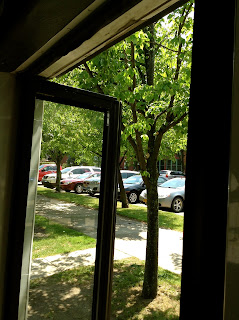 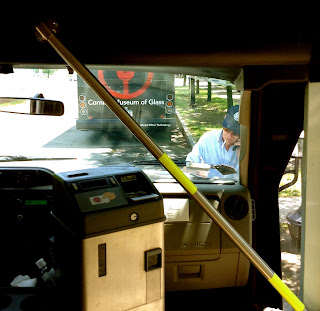 Almost home, I walked the last few blocks, just for the exercise and glimpses of beauty like this. 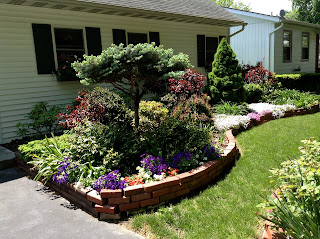 Cemetery on west side of Park Avenue ~ August 2011

Posted by Kathleen Richardson at 5:23 PM