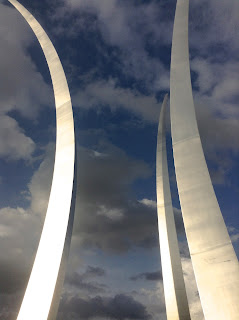 I'm away from Corning on a two week vacation at my son's home in Maryland. Because of a problem with one leg, I haven't walked as much as I would have liked, so there aren't many local pictures to offer you.

Instead, I want to share photos from a recent drive to the Washington D.C. area.

Fourteen years in the making, the United States Air Force Memorial near Arlington, Virginia proudly features three spires extending upward next door to Arlington National Cemetery. Standing at the base of this memorial, you can easily spot the distant Washington Monument and the Pentagon.

A view of the memorial from the fully-shaded parking lot... 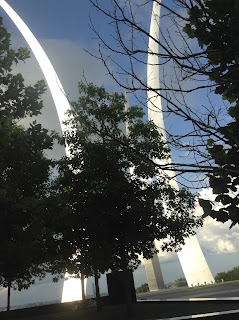 Four Airman with the American and USAF flags... 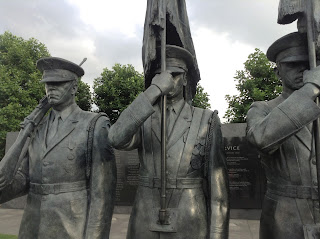 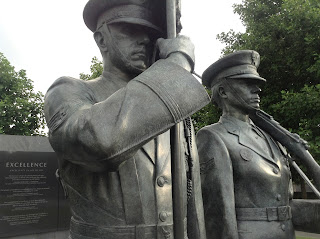 In the first photo below, the memorial dedication star lies in the middle of three spires of differing heights, ranging from just over 200 feet to 270 feet. The base of one spire is seen in front of me. The other two are to my left and right. Look closely to see the Washington Monument on the left and the Pentagon just to the right peeking from behind the spire. 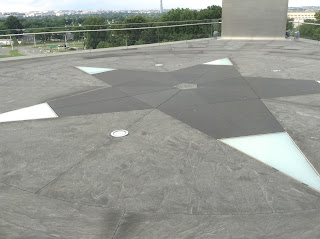 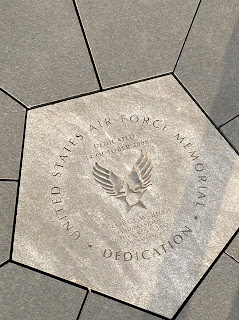 The first couple of times you look upward from directly below a spire, you imagine that it is swaying. It's not, but the clouds are moving which causes it to appear to sway. A rather dizzying effect. 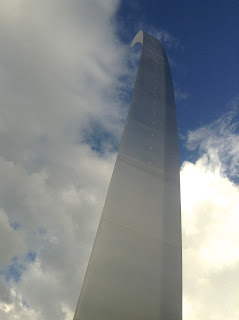 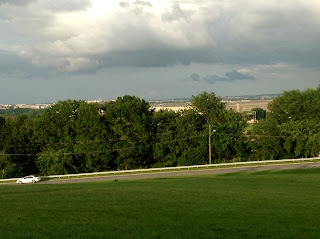 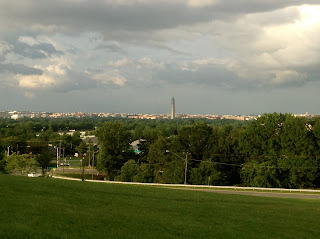 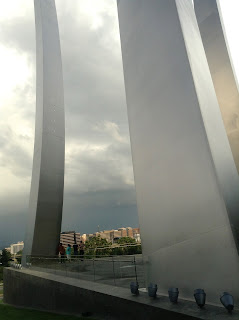 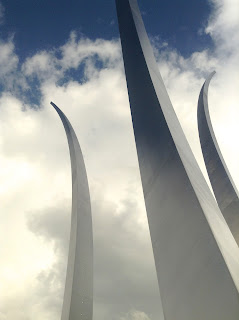 In the Army you are a soldier, no matter your rank. In the Navy you are a sailor. In the Air Force you are an airman. The next four photos name airmen who received the Medal of Honor, including names that I recognize ~ Rickenbacker, Mitchell, Lindburgh and Doolittle. 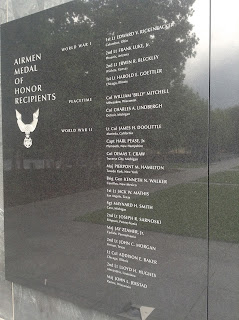 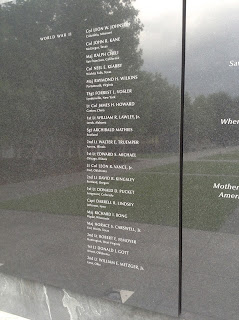 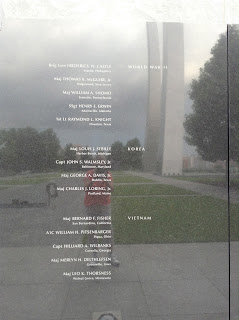 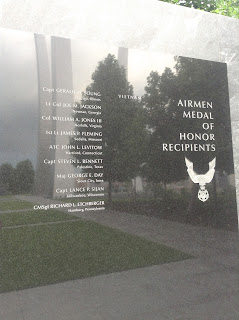 A strange day weather-wise and darker clouds were rolling in. I could see a long line of rain approaching from D.C. and hurried to the car to avoid being soaked. 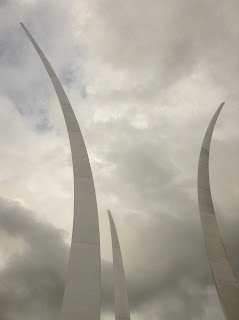 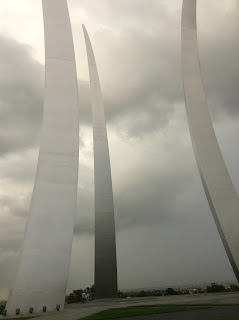 Posted by Kathleen Richardson at 11:30 AM