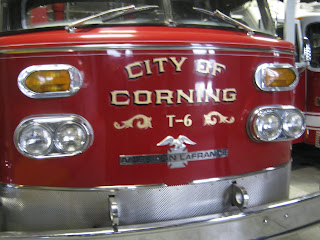 I intended to create two more entries on Bridge Street (see January 10), then move on to Wegmans! Here’s what actually happened... I completed my second cake decorating course and was left with, of course, a cake which I decided to give it to the firefighters. Wrapped it up, took a walk and there I was, inside the Corning NY fire station for the first time ever. 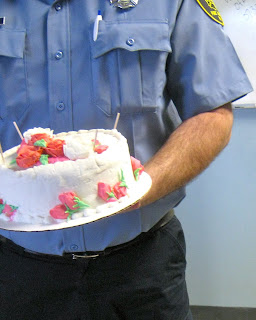 On impulse, I asked if I might take photos and include them in my blog. Thanks to Chief John Tighe for allowing me to do so, and thanks to Firefighter Eric for the extensive tour of the building and his patience in answering my many questions. 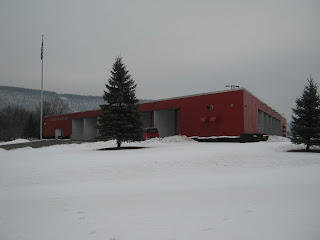 Surprise! After living in Corning for almost twenty years and driving/walking by the fire station numerous times, I found out that the Corning fire station is a triangle, constructed after the 1972 flood with funding from the Federal government.

From THE FLOOD AND THE COMMUNITY (1976):
“Just across the Chemung River a triangle-shaped Fire Station clad in brilliant red had been constructed atop a graded mound piled purposely to set the building above the flood line. The structure was a scientifically-equipped replacement for two ancient engine houses--one on each side of the river--which had been damaged by the flood.” 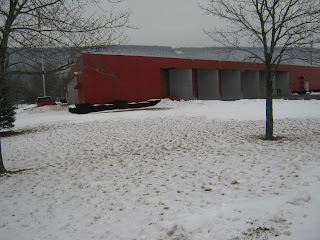 Pre-flood, the southside fire station was located in City Hall which is now the Rockwell Museum of Western Art. Eric mentioned that the fire department was also once housed on Ontario Street in what is now Corning Catering. I’m thinking that might be the the northside building referred to in the book. 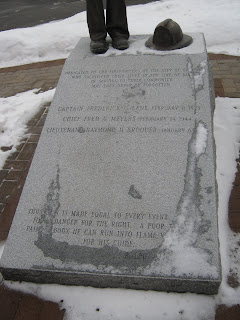 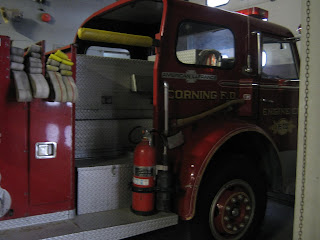 If any of my readers have more information about the fire station and its history, or would like to make corrections to what I’m writing here, please feel free to post a Comment (at end of this blog entry). 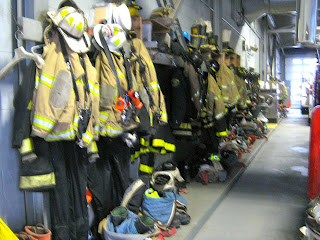 At the time of the flood, there were thirty in the fire department. Today, employees total seventeen which is stretching things pretty thin, even with nearby volunteer departments. 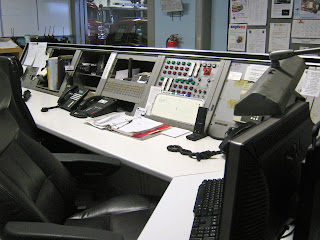 Ready to go at a moment’s notice... 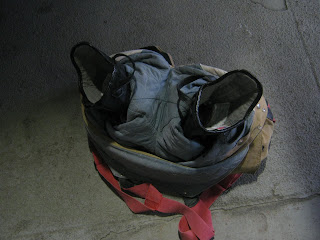 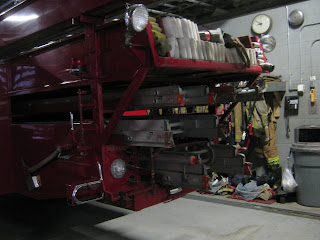 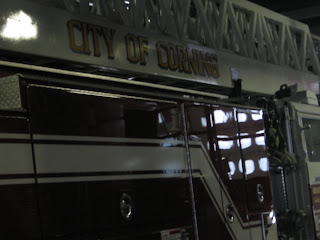 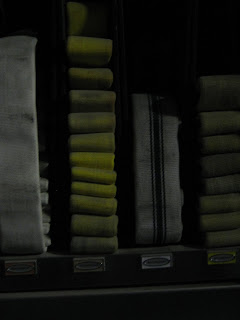 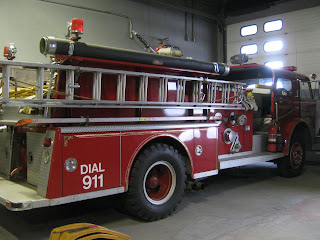 Six or more firefighters were required to hold the life net when someone jumped from upper stories of a building. To prevent the jumper from bouncing back up, the net was held up high and lowered as the body touched down. Life nets are no longer used and have been replaced with ladder and platform trucks. The yellow equipment hanging on the wall beside the net is used for water rescue. 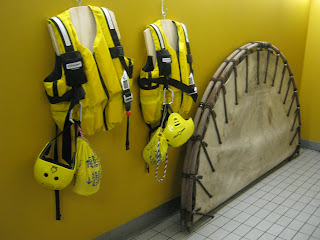 A fire truck behind each door... 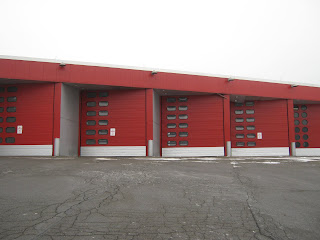 A remote control moves this basketball backboard & net upwards so the tallest fire trucks can exit the building without ripping them out... 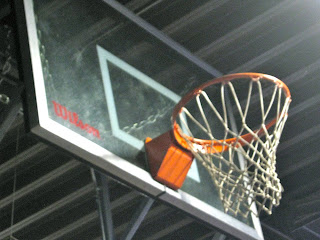 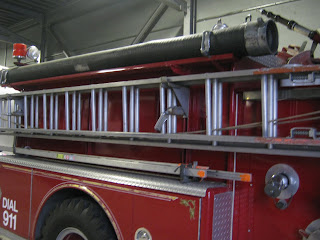 
Porthole windows throughout make for a hot building in the summer... 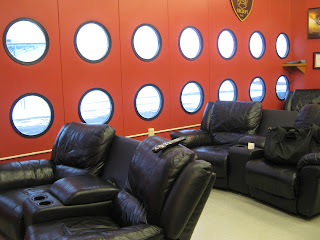 From an old fire station... 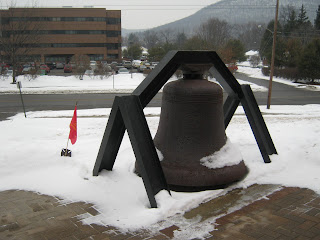 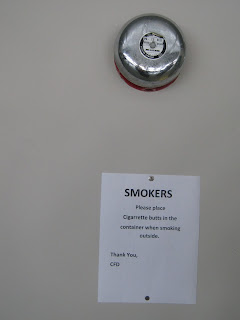 ******
Join me in upcoming weeks for more on Bridge Street. Also, look for great pictures from inside Wegmans!
******