A celebration of glass 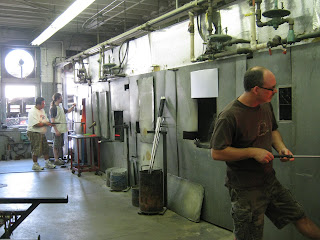 I had only walked a short way toward downtown when it began raining, so I stopped at Wegmans to buy a small umbrella and rain poncho. Luckily the rain confined itself to misting and it didn't seem to spoil the fun for anyone. 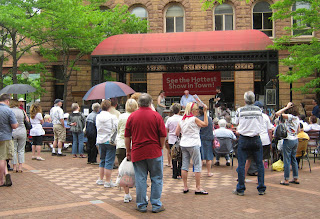 The paperweight was auctioned off as a GlassFest fundraiser... 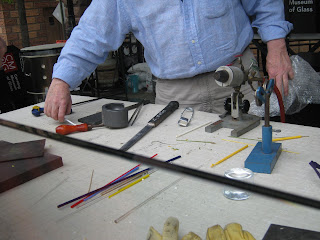 
At Exhibit A on Market Street, I admired all the glasswork, but was particularly taken by this lighted piece by Eoin Breadon... 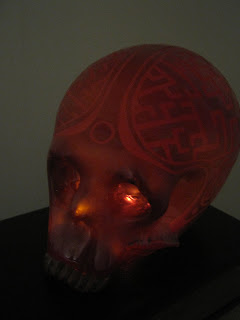 Thanks, Ann, for letting me lean out the window at Exhibit A for a look at Market Street from above. 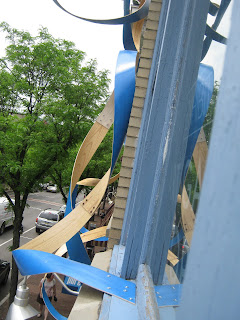 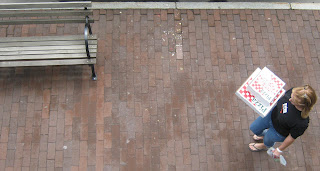 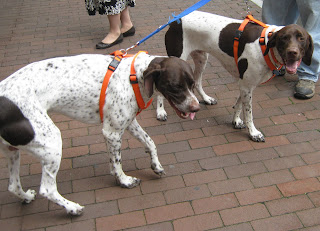 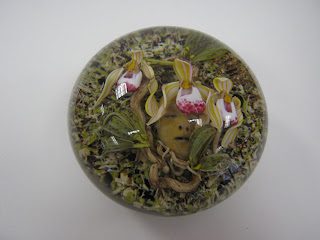 Remember, the GlassFest continues throughout the weekend. While many fine glass artists are in town for this event, Corning can boasts of its own local talent such as those in the photo at the beginning of this post.

CORNING NY STEP BY STEP now has its own Facebook page!

Posted by Kathleen Richardson at 3:04 PM