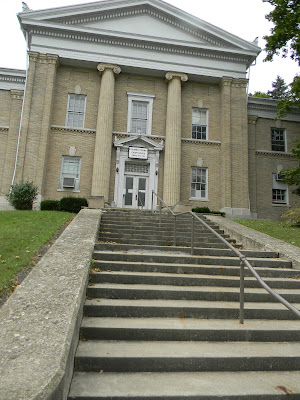 Historical buildings in Corning NY, even those that have seen better days, have their own kind of beauty. Shown above is the Steuben County Courthouse, known to most locals now as the Department of Motor Vehicles (DMV) where you register vehicles and get drivers' licenses.

This cropped version of the same photo shows ornate pillars and windows. I don't know much about architecture, but wonder if those pieces above the two windows on the right are what is called keyholes. Notice, too, that the steps leading to the front entrance are in dire need of repair. 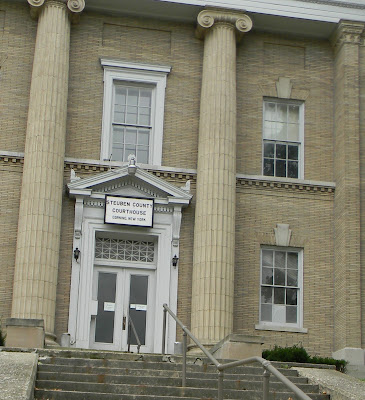 The World War Memorial Library on the corner of First and Pine Streets is no longer used but has a rich history. 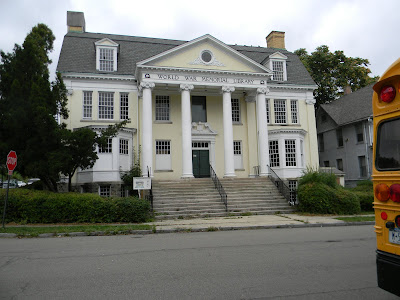 From the corner of Denison Parkway and Cedar Street, you can see two of the stately old churches on Corning's First Street. 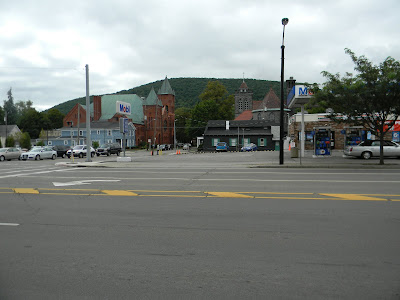 All the buildings have been torn down to make way for the new Transportation Center. In the background is the Rockwell Museum of Western Art and on the right is the alley, lined with construction equipment, and buildings that front on Market Street. 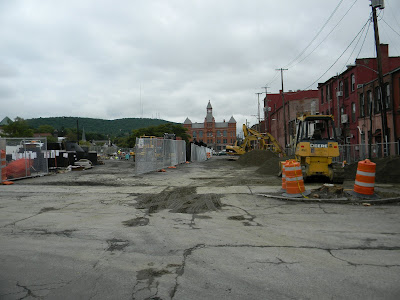 Framing the footers for the new Transportation Center between Market Street and Denison Parkway. 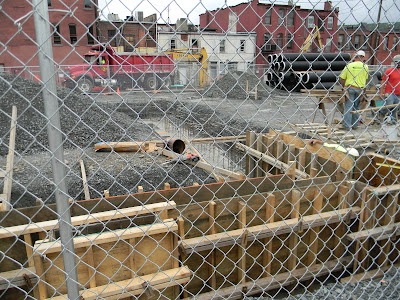 Work is underway on the Centerway Walking Bridge. 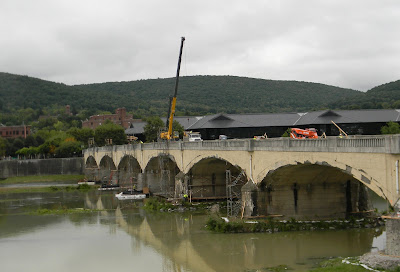 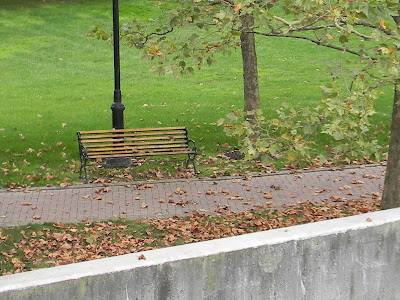 Parking lot improvements at the YMCA on Corning's northside... 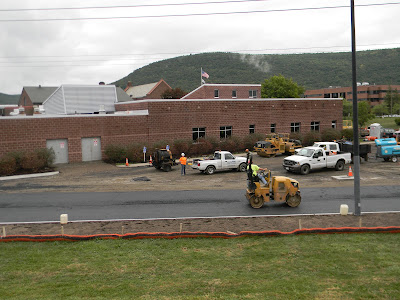 Standing on the northside of the Chemung River, looking east to the Bridge Street bridge... 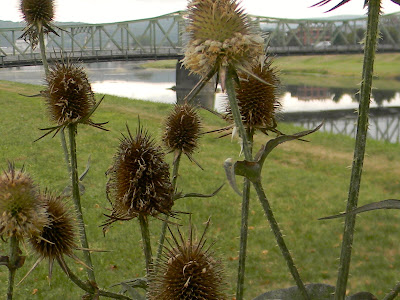 A memorial, resting garden near the corner of Pulteney and Bridge Streets, Corning's northside... 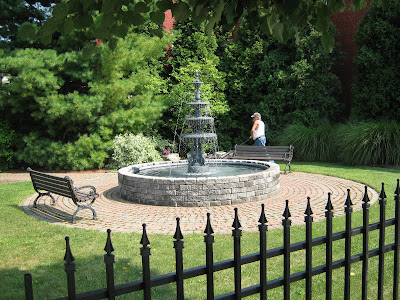 This little guy (or gal!) sat still for the longest time while I took photo after photo... 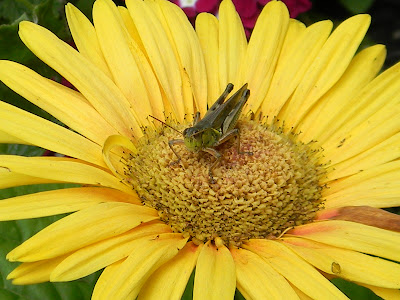 
On August 8, 2012, I included some photos in the alley between Denison Parkway and Market Street that showed murals drawn by local students. Here is a long shot featuring some of the murals. 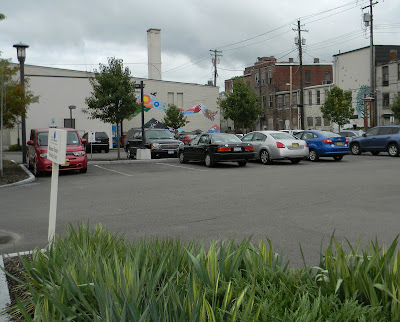 Just a reminder that you can click on any photo to see an enlarged version.

Posted by Kathleen Richardson at 8:16 PM